The increased participation of the United States in the global economy and the rise in immigration patterns have paved the way for the country’s more diverse and multi-lingual workforce. A recent report by the Center for Immigration Studies states that one fifth of the people in the United States (about 64 million) speak a foreign language at home. For many employees, English is not their first language.

As a result, some employees have experienced discrimination and harassment in the workplace because they speak their native language with each other, have an accent, or are not proficient in English. This discrimination may arise in any aspect of employment, including hiring, firing, pay, job assignments, promotions, layoff, training, fringe benefits, and other employment setting or condition. Discrimination on the basis of foreign language or accent is a form of national origin discrimination that may occur through employer actions, workplace harassment, or an employment policy. It often happens in combination with other types of discrimination, such as race. 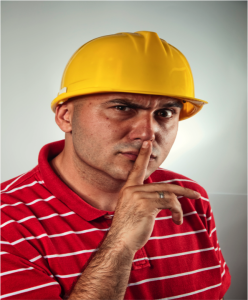 For example, in 2014 the Equal Employment Opportunity Commission (EEOC) filed a complaint against Roarck Whitten Hospitality, d/b/a Whitten Inn, et al. alleging that Hispanic and African American employees were subject to racial slurs, discrimination and a hostile work environment. Specifically, the complaint alleged that management prohibited employees from speaking Spanish, from speaking with an accent, and also required Hispanic and Black employees to change or Anglicize their names (e.g., from Rogelio to Roger). EEOC further alleged that several employees were terminated in retaliation for complaining about discrimination.

The general rule is that employer decisions regarding an employee must not be based on the employee’s foreign accent or language unless this materially interferes with job performance.

Although federal law does not specifically state language or accent as a covered employment discrimination factor, Title VII of the Civil Rights Act of 1964 (Title VII) has prohibited this type of discrimination as a form of discrimination on the basis of national origin, which extends to protect linguistic characteristics common to a specific ethnic group, or accent. Federal law also prohibits employers from retaliating against individuals who assert their legal rights.[2] The Equal Employment Opportunity Commission (EEOC) is the federal agency overseeing federal laws addressing discrimination on the basis of national origin, including language and accent.

Reasonable necessary for the operation of the business

An “English-Only” rule may be justified under the following circumstances:

The EEOC will find an English-Only rule suspect if the English language is not necessary for the job. For example, in 2014, the EEOC brought suit against Wisconsin Plastics, Inc. in Wisconsin alleging national origin discrimination against a class of Hispanic and Hmong employees who allege they were fired because they lacked fluent English language skills. However, the EEOC represented that these skills were unnecessary to do their jobs, and the employees had a record of satisfactory work performance. According to the EEOC, after terminating them, the employer replaced the employees with non-Hmong, non-Hispanic workers. The suit has not resolved yet, but it has been the source of much controversy regarding the use of English in the United States and the balance between business necessity and the protection of civil rights.

An employer may not take disciplinary action against an employee for violating a bona-fide English-Only rule unless the employer has provided notice to employees about the rule and the consequences of violating it.

Discrimination on the basis of citizenship; appearance

Federal law also prohibits discrimination on the basis of citizen or immigration status. The Immigration Reform and Control Act of 1986 (IRCA) makes it illegal for an employer to discriminate with respect to hiring, firing, or recruitment or referral for a fee, based upon an individual’s citizenship or immigration status.[3] In addition, discrimination on the basis of a person’s foreign appearance, including dress, may violate the law.[4]

Whether you are an employer or employee, the Orlando employment law attorneys of Burruezo & Burruezo can assist you in assessing a language or accent-based national origin discrimination situation and offer legal representation, if necessary. Click here to contact an attorney now.

[1] See the Workplace Discrimination on the Basis of National Origin blog article for more information.

[3] See Discrimination on the Basis of Citizenship or Immigration Status blog article for more information.

[4] See Discrimination on the Basis of Appearance blog article for more information.