This subject is covered in four parts. The first article provides an introduction and focuses on the classification for the purposes compliance with the Federal Labor Standards Act (FLSA) enforced by the U.S. Department of Labor (DOL). The second article focuses on the classification under the Internal Revenue Service (IRS). The third article covers the criteria used under Florida common law, and the fourth article addresses the criteria under the Florida Workers’ Compensation Statute.[1]

According to federal government estimates, 10 to 30 percent of all employers misclassify their employees as independent contractors. This has caused the U.S. Department of Labor (DOL), the Internal Revenue Service (IRS) and state workforce agencies to tighten their enforcement efforts. Proper classification is key to defining rights, responsibilities, and legal liabilities for both, employers and workers. However, classifying a worker as an employee or an independent contractor can be challenging, particularly when criteria to make this determination vary under the guidelines set by different federal and state agencies.

While some employers misclassify their workers as independent contractors in error, often employers misclassify them intentionally to save money. According to Businessweek Magazine, employers can save up to 30 percent by classifying workers as independent contractors because they avoid paying payroll taxes, unemployment insurance, workers’ compensation and disability, overtime compensation, as well as benefits that include family medical leave, pensions, sick days, health insurance, and vacation time, among others.

The construction industry has been affected by worker misclassification, triggering significant penalties for noncompliance. For example, an investigation by the DOL resulted in a 2014 judgment against a construction company that violated the FLSA when it misclassified employees to avoid paying overtime and benefits. The U.S. District Court for the Northern District of New York required General Interior Systems Inc. and its president to pay $380,000 in back wages to more than 300 employees working as drywall installers who were misclassified as independent contractors.

Penalties can be much higher, particularly when there is successful collective action against an employer with thousands of workers. More recently, in an ongoing matter at the time 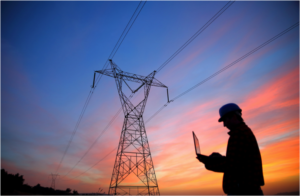 of writing this article, courier workers serving the online retail giant Amazon are challenging the company for misclassifying them. In October of 2015, a number of Amazon Prime Now drivers working for an Amazon courier subcontractor sued Amazon in California alleging that the company had misclassified them as independent contractors, and it owed them wages and other benefits under FLSA laws. A second lawsuit was filed in Phoenix in January 2016 with similar allegations. The drivers allege they must cover their own work-related expenses, including providing their own vehicles and gasoline, but they have also been asked to wear Amazon uniforms and take Amazon surveys. In an effort to mitigate penalties, Amazon has decided to re-classify these workers as employees, while the suits are pending.

Unlike the factors used by the IRS, which center in large part around the control exerted by an employer over the worker, the FLSA uses an “economic realities” test to make this determination. Courts have applied these factors to describe independent contractors as “workers with economic independence, who operate a business of their own.” Workers who are “economically dependent” on the employer, regardless of skill level, are classified as employees under the FLSA.

The FLSA factors are:

The FLSA factors should be considered in their totality. Each factor is examined and analyzed in relation to one another, and no single factor is determinative. It is a qualitative rather than a quantitative analysis.

Courts have been clear in deeming some behavior immaterial when determining the existence of an employment relationship for the purposes of FLSA compliance. For example, under the FLSA, executing an independent contractor agreement or paying compensation through a 1099-MISC form does not conclusively determine that a worker is an independent contractor. Neither does the fact that the worker has incorporated a business or has a government-issued license. Economic realities, not contractual labels, determine employment status for benefits and remedies under the FLSA. The ultimate inquiry under the FLSA is whether the worker is economically dependent on the employer or truly in business for himself or herself.

Complaints for noncompliance may be filed with the Wage and Hour Division (WHD) of the DOL. Workers may also seek private redress. The DOL first attempts to resolve most compliance issues administratively, but it may also litigate on behalf of a claimant. The DOL has the legal authority to seek the recovery of back wages and liquidated damages (payable to employees), and to assess civil money penalties (payable to the government), in instances of other violations.

In addition, the FLSA contains an anti-retaliation provision that penalizes any person who retaliates via discharge (or in any other manner) against an employee because he or she has (or intends to): file a complaint, instituted any proceeding under or related to the law, testified in any proceeding, or served in an industry committee.

The FLSA has a two-year statute of limitations (three-years for willful violations). It is important that a complaint be filed as soon as possible to allow for a full investigation as well as to optimize the time to file a lawsuit, if needed.

Enforcement has increased as a result of heightened misclassification nation-wide. The federal government has signed agreements with state organizations in a widespread effort to contain employee misclassification. In January of 2015, the DOL and the Florida Department of Revenue (DOR) signed a Memorandum of Understanding to share information and coordinate law enforcement to reduce the practice of misclassification of employees.

It is in the employer’s best interest to engage the assistance of an attorney to identify potential vulnerabilities when classifying employees and independent contractors. Employees seeking to protect their employee benefits can consult with an attorney to better understand their rights and responsibilities in a work relationship, particularly if they are asked to become independent contractors in a situation where they believe they should be treated as employees.