Whistleblower laws protect individuals who report wrongful conduct from retaliation by the wrongdoer, often an employer.  Other blog articles on our page cover whistleblower laws in general, extending to protections afforded under The Whistleblower Protection Act of 1989 (WPA), The Civil Service Reform Act of 1978 (WPA’s predecessor), and laws that enhance these protections, among others. This article focuses on The Federal False Claims Act of 1986 (FCA).

The Federal False Claims Act of 1986 (FCA) (31 U.S.C. §§ 3729-33) is the prime federal whistleblower statute. Known as “Lincoln’s Law,” originally enacted in 1863 to protect the Union Army from fraud by suppliers during the Civil War, the FCA is the basis for other federal and state whistleblower provisions. Amended three times since 1986, the FCA is designed to prevent and penalize fraud against the government, as well as to reward those who report it. Lawsuits brought under the FCA are known as “qui tam” actions.

Qui tam actions are not limited to employees. Anyone, including private citizens, can sue on the government’s behalf and potentially be rewarded with a significant portion of the government’s recovery. A person bringing the lawsuit is known as a “relator.” 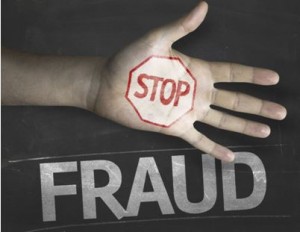 Penalties for the Wrongdoer

Under the FCA, one who is found guilty of defrauding the federal government can be fined from a minimum of $5,000 to a maximum of $11,000 (adjusted for inflation) for each violation. Also, with some exceptions, one found liable under the act must pay treble damages  (three times the amount of damages) that the government sustains as a result of the violation.

In addition, the defendant may be responsible for the government expenses and attorney’s fees, as well as for any applicable damages for any retaliation against the relator. The whistleblower’s employment is also protected, including reinstatement with seniority status, special damages, and double back pay.

Typical qui tam lawsuits have included overcharging government for services or products, charging the government for goods or services not provided, providing unnecessary or defective products, misrepresenting product quality or certification, misrepresenting research findings, acquiring a government contract through bribes, kickbacks, or misrepresentation, selling or marketing drugs outside of FDA allowed applications, billing for expired, unlicensed or unapproved drugs, selling generic products to the government as brand name, and noncompliance with Medicare or Medicaid reimbursement, among others.

FCA lawsuits can be very lucrative. Since 2009, the United States Department of Justice has recovered a total of more than $26.5 billion through False Claims Act cases. Subject to certain exclusions, under the FCA, the Department of Justice is authorized to pay rewards to the relator in an amount between 15 and 25 percent (and up to 30 percent in some cases) of what it recovers based upon the whistleblower’s report. An average whistleblower reward has been about 17% of the amount awarded by the court or settled by the parties.

The relator must file a qui tam complaint with the court under seal. The complaint must be served on the U.S. Attorney for the judicial district where the qui tam action was filed and on the Attorney General of the United States.

The qui tam complaint remains sealed for 60 days during which time the government is required to investigate the allegations in the complaint. If the government cannot complete its investigation in 60 days, it can request time extensions. The government must notify the court whether it has decided to “intervene” (or proceed) with the action or decline to proceed, in which case the relator can take over the case and proceed independently.

Qui tam cases can take years to investigate and close, as the government investigative efforts can be considerable.

Rights of the parties in a qui tam action

The statute of limitations of an action brought under the FCA is no more than 10 years after the commission of the reported violation. However, the statute cites earlier periods of 3 and 6 years. In determining which limitations period applies to an FCA action, courts examine the time at which either the relator or the government became aware or knew of the violation, but the statute lists 10 years from the commission of the reported violation as “the latest” limitation period.

The statute does not apply to tax claims under the Internal Revenue Code, or to actions by a relator who is a current or former member of the U.S. armed forces against a member of the armed forces arising out of such person’s service in the armed forces. In addition, a relator is excluded from filing if the relator is convicted for participating in the reported fraud, the government is already involved in a civil lawsuit concerning the same conduct, or if the conduct has already been disclosed to the public by someone other than the relator. The relator must be the “first to file.”

As mentioned earlier, a relator who is an employee can also file a separate lawsuit against the employer if he or she is fired, demoted, or harassed at work as a result of bringing an FCA action against his or her employer. In addition, it is important to note that the FCA imposes civil liability only. However, the same conduct punished by the FCA may also raise criminal liability under criminal statutes that the government may also decide to use in prosecuting the defendant.

The Orlando employment law attorneys of Burruezo & Burruezo can assist you in assessing your options under a Federal Claims Act situation, whether you are the alleged offender, wish to report a violation, file a retaliation complaint, or file a private qui tam action against an offender. Click here to contact an attorney now.