Home » Employment Discrimination on the Basis of Religion

Employment Discrimination on the Basis of Religion

Similar to other types of discrimination, unlawful religious discrimination may arise from prohibited disparate treatment in any aspect of employment, including hiring, firing, pay, job assignments, promotions, layoff, training, fringe benefits, and other employment setting or condition. It is also illegal for an employer force an employee to participate (or not participate) in a religious activity as a condition of employment. Prohibited employer actions extend to employee segregation, workplace harassment,[3] or illegal employment policies.

For example, in 2013, the clothing company Abercrombie and Fitch settled two consolidated lawsuits against it filed by EEOC in California on behalf of two Muslim teenagers. The company was found to discriminate when hiring, failed to prove undue hardship, and did not accommodate the individuals’ religious belief as required by law. One suit alleged that the company failed to hire a Muslim teenager because (as noted by the job interviewer) she “did not fit the Abercrombie look.” The second suit alleged that an employee was fired because of her Muslim religious garb. Specifically, the second suit alleged that, at first, Abercrombie declared the employee was an “impact associate” and assigned her to work primarily in the stockroom. She was asked to wear headscarves in Hollister colors, which she did. Later on, she was informed that her hijab violated Abercrombie’s “Look Policy,” which was company-wide dress code, and was asked to remove her headscarf while at work, or she would be terminated. The company settled for $71,000 in monetary relief, of which $48,000 went to the discharged employee.

In addition, in 2013, the EEOC resolved a lawsuit against Maita Chevrolet Geo in California in which the agency alleged that Maita failed to accommodate an employee’s religious practices and instead harassed, disciplined, and discharged him because of his religion, Seventh-day Adventist. A key tenet of the employee’s faith was to observe the Sabbath by refraining from secular work from sundown Friday to sundown Saturday. The lawsuit alleged the employer persistently scheduled the employee to work shifts during his Sabbath despite numerous requests from him and his pastor for an accommodation due to his religious practices and beliefs. Maita agreed to pay $158,000 to settle the case, in addition to injunctive relief, including revision of its employee manual and management training.

Title VII of the Civil Rights Act of 1964 (Title VII) prohibits employment practices that discriminate against any individual because of such individual’s religion, among other factors. The law also prohibits employment segregation based on religion, such as assigning an employee to a non-customer contact position because of actual or feared customer preference. Federal law also prohibits employers from retaliating against individuals who assert their legal rights.[4] The Equal Employment Opportunity Commission (EEOC) is the federal agency overseeing federal laws addressing discrimination on the basis of religion.

The Florida Civil Human Rights Act (FCRA) makes it illegal for an employer to discriminate on the basis of religion, among other factors. The Florida Commission on Human Relations (FCHR) is the state agency overseeing discrimination in Florida.

Those protected by law are not limited to people belonging to traditional, organized religions, such as Buddhism, Christianity, Hinduism, Islam, and Judaism, but also includes those who sincerely follow other religious, ethical or moral beliefs. The protection extends to atheists and those who do not have a belief at all, among others.

Subject to undue hardship, Title VII requires employers to reasonably accommodate the religious beliefs and practices of job applicants and employees. This includes the provision of any adjustment to the work environment to allow the employee to practice his or her religion, such as: flexible scheduling, voluntary shift substitutions or swaps, job reassignments, lateral transfers, and exceptions to dress or grooming rules.

Undue hardship is determined on a case-by-case basis. Factors that can be considered in this determination include: cost, workplace safety and efficiency, infringement on other’s rights, requirement that other employees do more than their share of potentially hazardous or burdensome work. Undue hardship also may be shown if the accommodation would violate the rights of other employees as established through a collective bargaining agreement or seniority system. 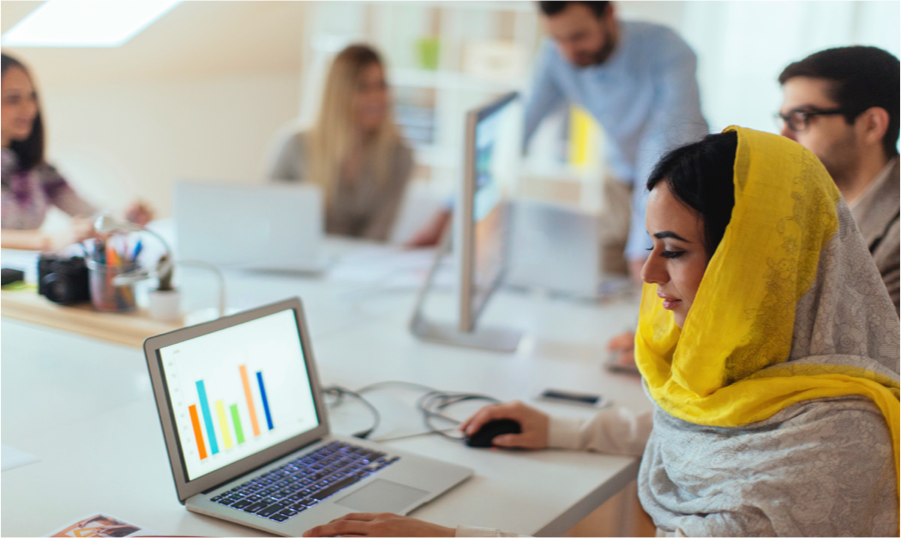 Title VII prohibits the disparate treatment based on religion in employment practices with the exception of qualified religious organizations. Organizations specifically defined under Title VII are permitted to prefer members of their own religion in deciding whom to employ.

Whether you are an employer or employee, the Orlando employment law attorneys of Burruezo & Burruezo can assist you in assessing a religious discrimination situation and offer legal representation, if necessary. Click here to contact an attorney now.

[1] See Discrimination on the Basis of Race blog article for more information.

[2] See Discrimination on the Basis of National Origin blog article for more information.

[3] See Harassment in the Workplace blog article for more detail.

[4] The topic of retaliation is addressed in more detail in the Whistleblower Laws, Whistleblower Protection Act, and False Claims Act blog articles.