Home » Employment Discrimination on the Basis of National Origin

Employment Discrimination on the Basis of National Origin

Employment Discrimination on the Basis of National Origin

Workplace discrimination on the basis of national origin occurs when a job applicant or an employee is treated unfavorably because he or she is from a particular country or part of the world, because of ethnicity or accent, surname, or because they appear to be of a certain ethnic background (even if they are not).  It also arises when a person is married or associated with someone of a certain national origin or are affiliated with an ethnic organization or group, such as schools, churches, temples, mosques, or associations. 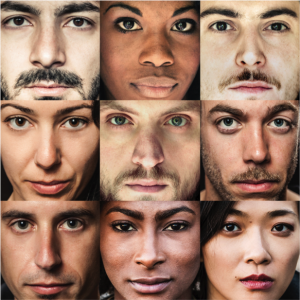 Similar to other types of discrimination, national origin discrimination may arise in any aspect of employment, including hiring, firing, pay, job assignments, promotions, layoff, training, fringe benefits, and other employment setting or condition. This type of discrimination is often linked to discrimination on the basis of immigration or citizenship status, although they are based on different factors.[1]

The discrimination may occur through employer actions, workplace harassment, or an employment policy. It often happens in combination with other types of discrimination, such as race, religion, or gender. For example, in 2015, EEOC settled with Pioneer Hotel and Gambling Hall in Nevada on behalf of plaintiffs for $150,000 and injunctive relief. The discrimination victims were Latino room attendants who were repeatedly subjected to derogatory comments based on their national origin and the color of their skin.  Some of the comments included: “taco bell,” “bean burrito,” and “f-king aliens.” Management also retaliated after the employees after they complained. In addition, the same year, EEOC settled for $75,000 and injunctive relief with Wal-Mart Stores East, LP in Maryland on behalf of a Gambian and Muslim plaintiff who was subjected to national origin and religious harassment by the store manager.  The harassment included being told to “go back to Africa,” “all Muslims do is blow up buildings and people,” and mocking his accent.  The case also involved a retaliation charge.

Similarly, in 2015, a Colorado lawsuit against Patterson-UTI Drilling Company LLC settled for $14.5 million and extensive injunctive relief for pervasive racial and ethnic slurs, jokes, and comments, as well as verbal and physical harassment and intimidation of minority employees at a nation-wide level. Among other illegal actions, EEOC asserted that the company assigned minorities to the lowest level jobs, failed to train and promote minorities, and disciplined and demoted minority employees disproportionately. The plaintiffs were Asians, Native Hawaiian or other Pacific Islanders, American Indian, Alaska Natives, African-Americans, Hispanics or Latinos, and biracial.

Title VII of the Civil Rights Act of 1964 (Title VII) prohibits employment practices that discriminate against any individual because of such individual’s national origin, among other factors. This includes birthplace, ancestry, culture, linguistic characteristics common to a specific ethnic group, or accent. Federal law also prohibits employers from retaliating against individuals who assert their legal rights.[2] The Equal Employment Opportunity Commission (EEOC) is the federal agency overseeing federal laws addressing discrimination on the basis of national origin.

The Florida Civil Human Rights Act (FCRA) also makes it illegal for an employer to discriminate on the basis of national origin, among other factors. The Florida Commission on Human Relations (FCHR) is the state agency overseeing discrimination in Florida.

While Title VII and FCRA cover employers with 15 or more employees, under the federal Immigration Reform and Control Act of 1986 (IRCA) employers with 4-14 employees may not discriminate against U.S. citizens, U.S. nationals, and authorized aliens on the basis of national origin. The Department of Justice’s Office of Special Counsel for Immigration-related Unfair Employment Practices (OSC) is responsible for overseeing IRCA compliance.

Additional requirements may be imposed by existing city or county ordinances with similar or more restrictive provisions.

Victim and offender can be of the same national origin

Employer decisions regarding an employee must not be based on the employee’s foreign accent and language unless the accent materially interferes with job performance.[3]

As mentioned earlier, federal law also prohibits discrimination on the basis of citizenship or immigration status. The Immigration Reform and Control Act of 1986 (IRCA) makes it illegal for an employer to discriminate with respect to hiring, firing, or recruitment or referral for a fee, based upon an individual’s citizenship or immigration status. Please refer to the Workplace Discrimination on the Basis of Immigration or Citizenship Status blog article for more information.

Recovery under federal law may include attorney’s fees, back pay, reinstatement or front pay, compensatory (e.g., emotional distress) and punitive damages. Liquidated damages, interest, and costs may also be available, depending on the claim.  In the case of employer retaliation, injunctive relief is also available. In addition, Florida state law allows the recovery of punitive damages, injunctive and/or affirmative relief (e.g., to stop the employer’s actions and/or make the injured employee whole). However, the award depends on the type of claim, the individual facts of the case, and how it is pursued. For additional information, see the Damages in Discrimination Claims blog article.

Due to the specific processes that must be followed and the applicable time limits for agency and court filing, it is in an employee’s best interest to become informed, including engaging the assistance of an attorney to assist in their discrimination matter.  An employer facing the defense of a discrimination claim should engage legal counsel to prepare for forthcoming administrative inquiries and potential litigation.

Whether you are an employer or employee, the Orlando employment law attorneys of Burruezo & Burruezo can assist you in assessing a national origin discrimination situation and offer legal representation, if necessary. Click here to contact an attorney now.

[1] See the Workplace Discrimination on the Basis of Immigration or Citizenship Status blog article for more information.

[3] See Language in the Workplace blog article for more information.