Home » Understanding the Energy of Emotions

Understanding the Energy of Emotions 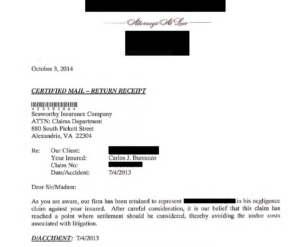 If you’ve ever done P90X or CrossFit, you know that after such an intense workout, you are completely fatigued and drained. Every part of your body — your heart, your lungs, your muscles, even your cells — just wants to rest and recuperate.

This is common knowledge. Even if we’ve never done a single burpee, we know that physical activity strains the body.

But I don’t think we appreciate the strain and fatigue associated with emotions.

Every event we experience has an associated emotion. When we successfully complete a project, we’re elated. When we fail, we’re devastated. When something doesn’t go our way, we’re angry.

And let me tell you, it takes a lot of energy to hold on to all those emotions. It’s like a 24-hour P90X class.

Not long ago, I experienced a dramatic drop in my daily energy levels.  I lost all motivation for my work. I lost interest in yoga and meditation, two activities I used to love. I wasn’t sleeping well, and I was edgy and moody (if there is a difference between the two).

I couldn’t pinpoint what was going on, so I turned to the expert. My doctor acknowledged there was a physical issue, but recommended I try to physically slow down first, since my body was obviously exhausted.

She encouraged me to pick back up my yoga and meditation routines. So, being a good soldier, I took my marching orders and dragged myself to yoga and started meditating again.

I also made an effort to stop doing and start listening to my body by tuning in to my surroundings to figure out why I was so tired.

After a few weeks, my energy levels improved and I was able to sleep a little better at night. But it wasn’t where it used to be.  I still couldn’t figure out the issue.

Finally, it all came together.

Aha! Followed by oh no!

During a moment of stillness, a moment when I wasn’t busying myself with work or family or any of the millions of things we tend to in a day, I had an aha moment — I was listening. And I got my answer.

But I didn’t want to hear it.

My fatigue was a symptom of the amount of effort I was expending to hold on to something. Or more appropriately, someone.

At work, I had hired someone who was not only an employee, but also a friend. Unfortunately, even though she was a dear friend, she simply didn’t fit the needs of the position.

But instead of addressing the issue head-on, I made excuses. Instead of fixing the problem, I put a patch on it.

Each passing week, her work product became worse than the week before. As the decline became more apparent (at least, to those around me), I made excuses for her and shuffled around her duties hoping we would eventually find that one thing she was skilled at the most. But the reality is, she was checked out, and so was I.

Our relationship eventually became more strained when I opened my mail only to find out that her estranged husband was threatening to sue me and Carlos for a physical injury that he had gotten on a boat trip with us — which she said she knew nothing about.

In that moment of stillness (or possibly shock), everything became clear to me and I realized I had to make a decision. Do I keep her around because I like her? Or do I do the right thing for my family and let her go?

There’s a saying in yoga: “The only way out is through.” At the time, it was a very difficult decision, but, ultimately, I knew I had to let her go.

Leading up to the day I severed both our friendship and work relationship, I found my energy levels getting lower and lower.  And finally, after firing her, I went home and crashed. I slept for 10 hours straight.

A long walk. A good cry.

Firing her allowed me to let go. I no longer had to carry around my frustration over the situation or the fear and dread I felt toward trying to solve it. The day of the termination was pretty bad, as you can imagine, but then it was done. I was free.

Looking back, I realized I should have talked to my friend about the situation and given her honest feedback on her work. I should have also given her clear guidelines of what I needed and set up consequences for failing to reach those guidelines, including probation and, eventually, termination.

But instead, I did everything at once. It was like taking five P90X classes back to back. I was wiped.

There are a lot of weight-loss programs out there promoting high-intensity interval training. People are busy, which makes workouts like Orange Theory and CrossFit so popular. But they’re not the only way to reach your goals.

The same goes for our emotions. We can let things build up and then experience a high-intensity release of our sadness, anger and fear. Or we can approach our emotional and physical needs in a more balanced, consistent way.

We can go for more long walks and take more yoga classes. Just like we can let ourselves experience the release of a good cry or a quick journaling session.

There’s no right or wrong answer. But personally, I know which one is best for me.