According to a report by the American Association of University Women (AAUW), in 2014, women working full time in the United States were paid 79 percent of what men were paid, a gap of 21 percent. This pay gap has narrowed since the federal Equal Pay Act (EPA) was enacted in 1963, when women who worked full-time made only 59 cents on average for every dollar earned by men. However, the law’s impact has progressed slowly, and it has not yet achieved its goal of eliminating the pay gap between men and women in its entirety. 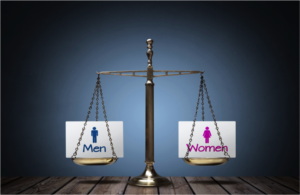 For example, in 2011 Heidi Wilson successfully sued Citicorp North America, a subsidiary of Citibank, for violating the Equal Pay Act, alleging pay discrimination based on gender. In 2009, she earned $75,329 to manage the Citicorp service center in Tampa when she was promoted. According to case records, the previous service center manager, a male, earned $129,567 in 2008. Ms. Wilson did not receive a raise or a bonus upon promotion. She was again bypassed for a raise and a bonus in 2011, when she requested–and was denied–a salary market analysis. She protested and was fired without severance pay, and she decided to sue in county court. In 2012, Wilson was awarded $340,000 in back pay.

In addition to gender, pay discrimination may also occur on the basis of other factors such as race, color, religion, national origin, age, or disability. An employer may not retaliate against an individual for opposing discriminatory workplace practices based on compensation or for filing a discrimination charge, testifying, or participating in any way in an investigation, proceeding, or litigation.

The Equal Pay Act (EPA) requires that men and women in the same workplace be given equal pay for equal work. Their positions do not need to be the same, but they must be substantially equal as measured by job description (not titles.) EPA applies to all forms of pay beyond salary, and it also extends to benefits, such as bonuses, life insurance, stock options, profit sharing, expense reimbursements, as well as paid leave, among other forms of compensation. In addition, no employee’s pay may be reduced in correcting a pay differential. Instead, the pay of the lower paid employee must be increased. The EPA applies to virtually all employers regardless of the number of employees.

Title VII of the Civil Rights Act of 1964 (Title VII) also makes it illegal to discriminate based on sex in pay and benefits. Therefore, a victim of pay discrimination on the basis of gender may have both, a claim under EPA and a claim under Title VII.

Unequal pay may also occur on the basis of other discriminatory factors beyond sex, such as race, color, religion, sex, national origin, age, or disability.[1] In such cases, other laws may play a role in defining a victim’s claim. For example, in addition to the Title VII, the Age Discrimination in Employment Act (ADEA),[2] and the American with Disabilities Act (ADA)[3] prohibit compensation discrimination on the basis of protected factors. Unlike the EPA, there is no requirement under Title VII, the ADEA, or the ADA that the jobs must be substantially equal.

The Equal Employment Opportunity Commission (EEOC) enforces the EPA, Title VII, the ADEA and the ADA.

The Florida Civil Rights Act (FCRA) makes it illegal for an employer to discriminate on the basis of sex, among other factors. Women can bring unequal pay claims under the statute. The Florida Commission on Human Relations (FCHR) is the state agency overseeing discrimination in Florida. Local ordinances may also apply to address employment pay discrimination issues.

Claims under Title VII, the ADEA and ADA must be filed within 180 days of the violation. Unlike EPA claims, Title VII claims must be filed with the EEOC before a lawsuit is filed. Also, the plaintiff must secure a “Notice of Right to Sue” letter from EEOC before filing a lawsuit under these laws. If the victim is a federal employee or job applicant, the complaint process is different. They generally have to contact an agency Equal Opportunity Office (EEO) counselor within 45 days of the violation. For additional information on filing EEOC claims, please refer to the Processing a Discrimination Claim with the EEOC blog article.

Remedies for discrimination claims may include attorney’s fees, interest, and costs incurred by the victim in bringing up a lawsuit. In addition, a successful claimant can receive equitable relief in the form of back pay reinstatement or front pay that the victim would have earned but for the discriminatory conduct. If the violation is malicious, compensatory and punitive damages can be awarded for future pecuniary losses, emotional pain, suffering, inconvenience, mental anguish, loss of enjoyment of life, and other nonmonetary losses. Liquidated damages are available in age and equal pay actions (where no compensatory or punitive damages are awarded.) Injunctive relief may also be available to make the employee whole and to compel the employer to stop its actions and remedy its policies. Additional damages may be available under state and local law. For more information, please see the Damages in Employment Discrimination Claims blog article.

The law allows pay differentials when they are based on seniority, merit, quantity or quality of production, or a factor other than sex. Employers can use these factors as “affirmative defenses.” An employer has the burden to prove that it based the claimant’s pay on one or more of these factors.

Employers can benefit from consulting with knowledgeable legal counsel in the development of their compensation policies, especially since the unequal pay violation can occur based on other discriminatory factors. This can trigger an array of other federal and state law violations that can multiply an employer’s liability for unequal pay violations. Employees should seek the advice of counsel if they suspect they have been victims of pay discrimination.

Whether you are an employer or employee, the Orlando employment law attorneys of Burruezo & Burruezo can assist you with an unequal pay discrimination compliance or defense situation and offer legal representation, if necessary. Click here to contact an attorney now.