Discrimination on the Basis of Gender Identity (Transgender) and Sexual Orientation 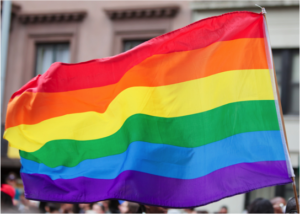 Workplace discrimination based on gender identity or sexual orientation is among the most harmful forms of discrimination. It consists in the mistreatment of others based on false preconceived notions of gender stereotypes. This conduct can manifest through an employer’s refusal to hire a job applicant, the discharge of an employee, workplace harassment, unequal pay or benefits, retaliation, and even physical or verbal violence on the job based on an individual’s gender identity or sexual orientation. It can also manifest through policies having a disparate impact on employees of different classes.

Lesbian, Gay, Bisexual, and Transgender (LGBT) workers affected by discrimination report having to change or leave their jobs to avoid mistreatment. For example, according to a National Transgender Discrimination Center survey, 26% of transgender workers have lost a job due to bias and 50% were harassed on the job. Many LGBT individuals become unemployed due to the heavy burden of social stigma, which in turn erodes the economy.

At a federal level, Title VII of the Civil Rights Act of 1964 (Title VII) prohibits employment practices that discriminate against any individual because of such individual’s sex, [1] among other factors. While Title VII does not explicitly prohibit discrimination on the basis of gender identity or sexual orientation, the Equal Employment Opportunity Commission (EEOC), the federal agency enforcing Title VII, has issued opinions that employers that discriminate on the basis of these factors violate the Title VII prohibition against sex discrimination. The federal judicial trend has followed these opinions. Title VII also bans employers from retaliating against an applicant or employee who asserts his or her legal rights.[2]

Even if state or local laws do not prohibit discrimination based on sexual orientation or gender identity, the EEOC will still enforce the Title VII discrimination prohibitions against covered employers because contrary state law is not a defense to the violation of Title VII and other federal laws offering higher protection than state law.

In addition to causes of action for employment discrimination under applicable federal law, claims can also arise for workplace harassment for actions including making offensive or derogatory remarks about a person’s gender identity or sexual orientation.[3] The offender could be an employee supervisor, co-worker, contractor, and even a customer, regardless of the offender’s gender, gender identity, or sexual orientation.

Further protections exist for same-sex couples regarding workplace benefits afforded to families, such as those under the Family Medical Leave Act (FMLA), which now incorporates in the definition of “spouse” employees who are in legal same-sex marriages, entitling them to leave rights under FMLA.[4]

Recovery for discrimination claims grounded on factors protected by Title VII may include attorney’s fees, back pay, reinstatement or front pay, compensatory (e.g., emotional distress), and punitive damages. Liquidated damages, interest, and costs may also be available, depending on the claim. Injunctive relief is available in cases of employer retaliation. Local ordinances may provide additional redress.[5]

Job applicants and employees should contact the EEOC or local equal employment agency directly if they believe they have been subjected to sex discrimination based on sexual orientation or gender identity.[6]

Employees or job applicants who wish to pursue a claim for discrimination, harassment, or retaliation–whether through an agency or court–should know that there are specific processes that must be followed, and there are strict time limitations for filing. It is in the best interest of a victim of discrimination to seek the assistance of an employment attorney to discuss their discrimination matter and assess their potential remedies.

Whether you are an employer or employee, the Orlando employment law attorneys of Burruezo & Burruezo can assist you in assessing a gender identity and/or sexual orientation discrimination situation and offer legal representation, if necessary. Click here to contact an attorney now.