Home » The Day My Husband Was Diagnosed With Cancer

The Day My Husband Was Diagnosed With Cancer 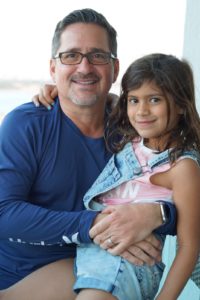 Living the life of a litigator doesn’t come easy. The hours are long and the stress is high. But the payoff is immeasurable.

Carlos knew he wanted to be a lawyer since the age of 5. For him, his path was clear. After graduating from law school at 24 years old, Carlos’s rise in the legal field came quickly. By the age of 37, he was promoted to managing shareholder at a national labor and employment boutique law firm, a promotion almost unheard of for someone that young.

But achieving — and maintaining — that kind of success came at a cost. He worked long hours, was always on the road, and barely had a second to sleep, let alone exercise or grab a nutritious meal.

After 25 years of this intense grind, it all eventually caught up with him. Just 13 days before his 49th birthday, after a routine colonoscopy, the doctor came bearing words we did not expect, nor ever thought we would hear: “Carlos, I’m very sorry to tell you, but you have cancer … Stage 3 colon cancer.”

Coming face to face with your mortality changes you. I’m not sure I could ever find the words to describe how Carlos changed, but he did. His life literally flashed before his eyes. If he wanted to live a long life like he had planned, he had to make a choice in how he spent it.

He could 1) continue working at his firm, keeping himself busy and distracted while he let the doctors and drugs do what they do best; or 2) leave his job, join me in my solo practice, and have more time to spend with the people he loved.

The first option seemed like the safe and logical choice, especially since his firm and partners made it very clear they would support him and help him weather this storm for as long as it took. By no means was his position at risk. If anything, it was more secure than ever.

But for Carlos, the decision was a no-brainer. He thanked his partners for all their support, packed up his desk, and joined me in Entrepreneur Land. And though his new position couldn’t guarantee the same high pay and cush benefits he was used to, it gave him something more important: control over his time.

He had been so busy being busy that he hadn’t noticed his body was under extreme stress. And it was literally killing him.

He decided to take two approaches to his cancer treatment: the traditional route and what some would call the “alternative” route. The traditional route involved surgery and then six months of FOLFOX chemotherapy, an extremely powerful and painful treatment that not only killed the cancer in his body, it also attacked his healthy cells.

Despite the powerful treatment, the doctors told Carlos there was a chance that, even after the surgery and chemotherapy, his cancer could return within the next five years. If he was able to make it past that five-year mark, his odds of beating it for good increased dramatically.

Carlos didn’t want to die. He knew that in order to prevent the cancer’s return, he had to change his ways and forge a new path in controlling this disease and his life rather than letting the disease control him.

It was easier said than done, but it could be done, and he did it. His new foundation of health started with these resolutions:

Just a few months ago, Carlos went in for bloodwork and tests. He had reached his five-year milestone. The doctors told him the odds of the cancer returning had decreased dramatically.

While we had an amazing gastroenterologist, surgeon, and oncologist on his team, we’re also confident that many of the life changes he made helped support their work.

Not only is Carlos healthier than he’s ever been in his life, he’s also happier. 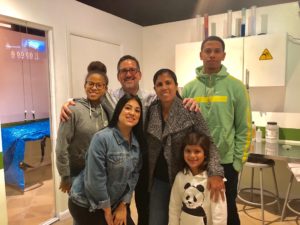 Don’t wait until you’re given an extreme diagnosis to start taking care of yourself. By making little changes in your lifestyle now, you give yourself a better chance to deal with any challenges that come your way. Whether it’s a cancer diagnosis or a traffic jam.