Home » Processing a Discrimination Claim with the EEOC

Processing a Discrimination Claim with the EEOC

Processing a Discrimination Claim with the EEOC

Who can file a charge

In addition to the person suffering discrimination, an individual, organization, or agency, may file a charge on behalf of the person. This is allowed in order to protect the victim’s identity. 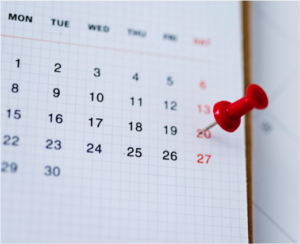 The location of the discriminatory practice determines how long a claimant has to file a charge with the EEOC. Generally, a claimant who is not a federal employee or federal job applicant must file 180 calendar days after the discrimination took place. However, this filing deadline is extended to 300 calendar days if a state or local agency enforces a state or local law that prohibits employment discrimination on the same basis.

In Florida, the Florida Commission on Human Relations (FCHR) enforces the Florida Civil Human Rights Act (FCRA), which prohibits employment discrimination in the state. Therefore, the EEOC filing deadline for all discrimination charges by Florida claimants extends to 300 calendar days.

Time limits are generally not extended while the claimant is pursuing redress via other forums. However, except for actions requiring a Right to Sue (see ahead), the claimant can pursue redress through other forums (e.g., internal grievance or union grievance) while the charge is processed by EEOC.

For multiple acts of discrimination, each act will be subject to a separate deadline. For example, an act of demotion following a sex discrimination event will trigger different deadlines. A Florida victim should be aware that if the first discriminatory act occurred more than 300 days before the second discriminatory act and the victim has not filed, he or she will lose the right to seek redress for that first act, except for claims of ongoing harassment.

If the victim is a federal employee or job applicant, the complaint process is different. They generally have to contact an agency EEO counselor within 45 days of the violation (this timeframe can be extended under certain circumstances.) The agency will launch an investigation and render a decision. The claimant can participate in a hearing, appeal the decision to EEOC, and/or challenge it in federal district court. Different deadlines apply to this process.

A claimant’s window to file a discrimination lawsuit in federal court may open as early as immediately after the discrimination takes place, or after 60 days or 180 days (sometimes later) after filing a charge with EEOC, depending on the charge filed and the applicable law. For example, claimants who file a charge under Title VII (discrimination based on race, color, religion, sex and national origin), or under the Americans with Disabilities Act (ADA) must have a Notice of Right To Sue from EEOC before they can file a lawsuit in federal court. EEOC generally takes about 180 days to resolve a charge, but if the case is complex or involves multiple charges, it may take longer. Sometimes the EEOC may issue a Notice of Right To Sue before the 180 days.

While a claimant may file in any of the EEOC offices distributed across the United States, including any of the 53 EEOC district offices, the charge will be investigated by the office closest to where the discrimination occurred.

To prevent duplication of efforts, the EEOC has contracts with the Fair Employment Practice Agencies (FEPAs) and the Tribal Employment Rights Offices (TEROs) in each state to manage charges of discrimination. Charges filed with one entity will also be filed automatically with the other, protecting the claimant’s rights under federal and state law. Florida has a number of FEPA offices across the state. There are also offices in the Virgin Islands and Puerto Rico.

The assistance of a legal professional can be beneficial for victims in deciding whether to file a charge, when and where to file, as well as assessing the applicable law to a discrimination situation in order to maximize a recovery. It can also benefit employers wishing to create a discrimination-free work environment through sound policies and training, or employers who find themselves in the difficult position of defending a discrimination charge.

Whether you are an employer or employee, the Orlando employment law attorneys of Burruezo & Burruezo can assist you in assessing a discrimination situation, filing a claim, or in providing legal representation, if necessary. Click here to contact an attorney now.