Home » How an Ayahuasca Retreat Helped Me Reconnect With Myself

How an Ayahuasca Retreat Helped Me Reconnect With Myself 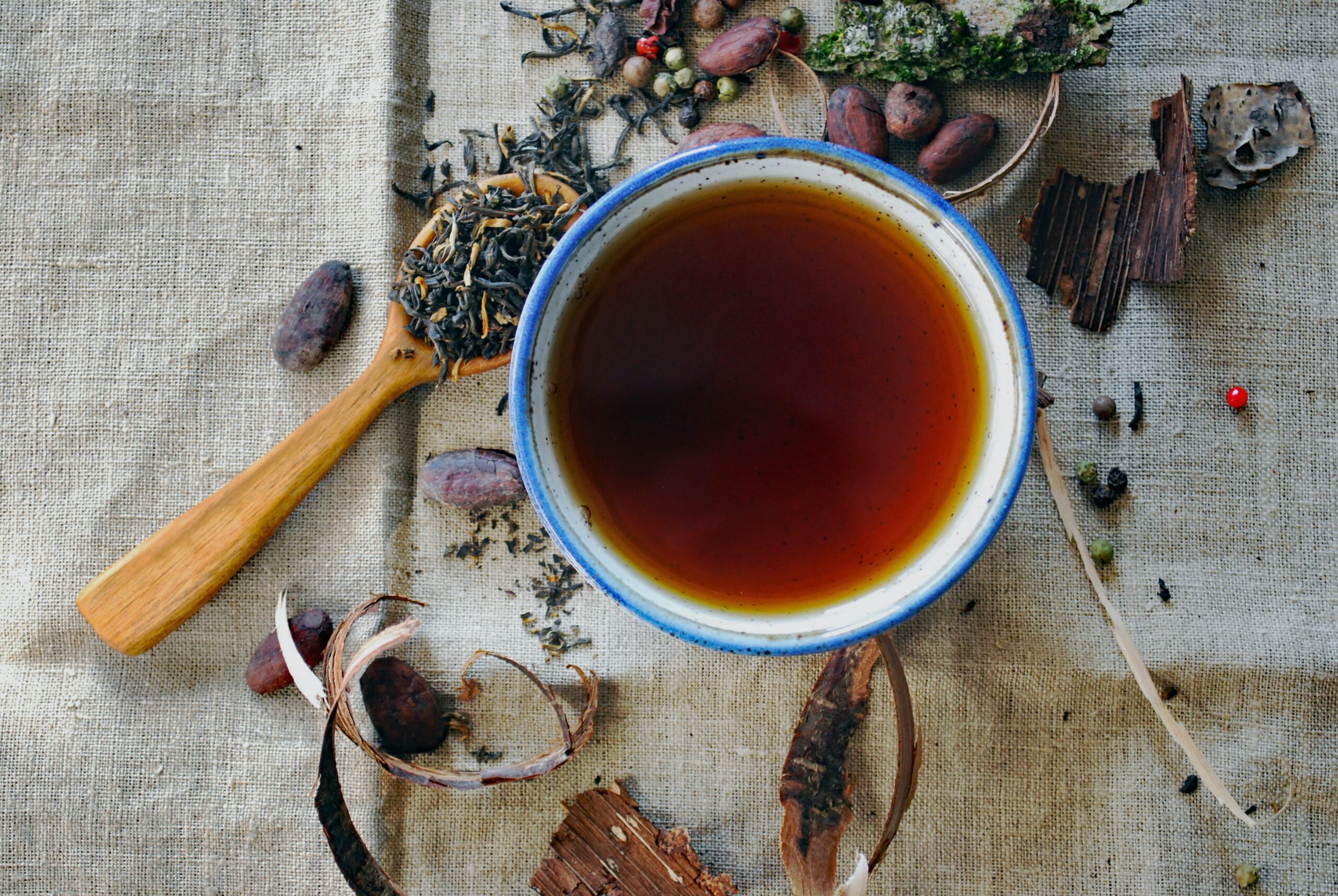 As I shared in October 2021, I’ve officially been diagnosed with the autoimmune disease Sjogren’s syndrome plus four other health conditions.

But before I was diagnosed, I struggled to understand what was wrong with my body — and my life.

I wasn’t feeling good, despite my attempts at self-care. I was experiencing a lot of body pain and there was soooo much stress.

Even the smallest things, like checking my email, could be overwhelming. Normally, I try to have no more than 80 unread emails in my inbox. If I had 100 or — gasp — 200, I would go crazy. I’d sit in front of my inbox for hours in an attempt to get it under control.

I was at a point where I was willing to do anything to feel better, have less stress and understand what the heck was wrong with me.

What is my body trying to tell me?

One night, I was watching a Netflix documentary called Unwell. One of the episodes featured an Ayahuasca retreat in Orlando.

I learned that Ayahuasca is a drink, like tea, that combines the leaves of the Psychotria viridis shrub and stalks of the Banisteriopsis caapi vine.

Shamans have brewed it over the centuries for spiritual and religious reasons. Many people who drink it have hallucinogenic experiences that provide deep insights that can lead to healing and personal growth.

Honestly, I didn’t know anything about Ayahuasca before then, but after watching the episode, I thought, “This is a sign!”

I immediately signed up for the Orlando retreat, even though I didn’t have time to do any research beforehand. I just hoped the Ayahuasca would provide the answers I needed to find out what the heck was wrong with me.

A messy search for answers

What I didn’t realize at the time is that there are a lot of side effects to taking Ayahuasca, particularly purging. Most people who attend ceremonies end up spending a lot of time vomiting or defecating.

Unfortunately, I learned all this the hard way.

The ceremony took place in a room with enough beds for every attendee. The shaman prepared the drink and there were facilitators standing by if anyone needed help.

Forty-five minutes after my first cup, I didn’t feel anything.

I was so disappointed. I had been so excited about the experience. I had thought, “Yes, today’s the day. Finally, I’m going to get the answers I need.”

I was annoyed and frustrated. The woman next to me was having a deep conversation with her deceased grandmother. It seemed like everyone else in the room was on their journey.

Since I hadn’t experienced anything, I went to the shaman for a second cup.

I drank it thinking, “Okay, this is it. This is when the magic is going to happen for sure.”

When I woke up, I felt wet. I asked one of the facilitators what had happened.

She came over and her eyes went wide. She got me out of bed and led me to the bathroom.

It turns out I had purged while sleeping. I didn’t even know it had happened.

Unfortunately, that was the only outcome of my experience. Instead of insight and revelations, I ended up with a set of soiled clothes.

I was so disappointed.

Why am I not happy?

I believe in self-care. I know it works. I practice meditation and yoga and see a therapist.

Yet I still had so much stress — and I couldn’t figure out how to let it go.

I kept wondering, “I have so many blessings in my life. Why am I not enjoying the ride?”

Despite my disappointing experience at the first Ayahuasca retreat, I still believed that the drink  would help me.

My therapist recommended another Ayahuasca retreat in Costa Rica. This time I did my research.

This retreat had everything that I had hoped for the first time — support, classes and self-care strategies.

I also decided to add my own component — work.

As I unpacked for the week, I set up my laptop and felt excited. I could do the retreat and remain caught up on email and my clients’ needs.

Yet as I explained my plan to others in the group, many seemed skeptical.

One of the attendees, a lawyer who had attended a previous ceremony, was especially critical of my plan to get up early and work before each session.

“Bertha, you are going to get whatever you put into this retreat,” he told me. “So focusing on your clients, instead of yourself, will likely leave you disappointed in the experience.”

He was right and that’s when I started to realize there was no reason I couldn’t set aside work for a week.

That was the beginning of the turning point.

I didn’t need a hallucinogenic experience to gain insights.

Even though I didn’t have the hallucinogenic experience I expected at the second retreat, I did find some of the answers I was seeking.

During the classes, I realized that I likely fell asleep at the first retreat because I wasn’t ready to hear what my body and my subconscious had to tell me.

Additionally, my purging episode was likely a sign that I needed to learn to let go. I’ve always needed to be in control — to know what’s happening in my kids’ business, my husband’s business, the firm’s business.

And while this trait can be helpful, it can also go too far. I needed to find balance.

One night, the sounds, sights and some of the people around me became too much to bear. I called over a facilitator. The question that came out of my mouth surprised me.

I asked, “Why are these souls suffering so much?”

The facilitator replied, “Because that’s the only way a soul can grow. Sometimes souls need to feel pain to make a change in their life.”

As I thought this over, I suddenly felt lighter. Everything around me became beautiful. Honestly, I felt like rainbows and sunshine were coming out of me as I realized I didn’t have to keep fixing everything for everyone.

Going through difficulties helps us grow as individuals. If I keep taking on everyone’s problems, I’ll interfere with their growth and mine. Of course, being a lawyer adds another layer, since my entire career is centered on putting out fires and being the voice for those who are unable to navigate the legal system.

But in reality, it is much deeper than that for me. In hindsight, I realize my tendency to take on so much stems from my childhood — my need to prove to the adults around me that I was good enough to be loved.

I felt so connected to everybody.

At this point in the retreat, I also began to feel more connected to everything around me — people, nature, the universe.

It sounds strange, but I felt like I heard the universe talking to me, and I understood that nothing was a coincidence.

I realized the universe wanted me to be happy. It wanted to support me in my goals, but I’d been so busy before that I didn’t see the signs.

But what has changed is my attitude.

In the end, the retreats did exactly what I wanted them to do — help me find balance.

I learned that I can listen to and hear what the universe and my body are telling me, but I need to take care of myself to do so. I need my meditation, my yoga, my self-care.

I need to stop doing too much and getting caught up in things that don’t really matter, like my inbox.

Speaking of email, I currently have 1,700 unread emails in my inbox, and it doesn’t faze me. I’m like, “Oh, more than 400 new emails arrived today. I’ll get to them when I can.”

Because I know that in order to get the work done, I need to take care of myself first. 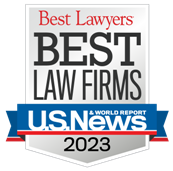 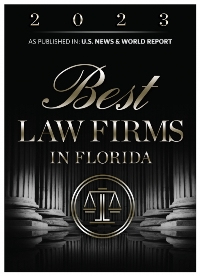