Damages in Employment Discrimination Claims (Part 2): Factors Affecting the Size of the Recovery

In addition to the recovery limitations existing within the anti-discrimination laws, such as punitive damages caps and damage exclusions, there are other factors that may affect (increase, reduce, or eliminate) the amount of recovery under a discrimination action. This includes whether the employer presents defenses, whether the agency and/or the individual victim present the suit, whether there are multiple violations, egregious behavior, or a settlement, and whether the claim is timely presented. 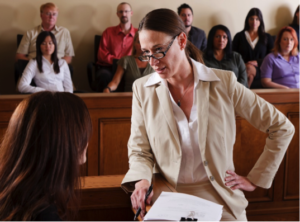 In addition, damages can also be limited when an employer discovers evidence prior to trial that would have legally allowed it to arrive to the same employment action, even when it had acted with discriminatory motive. For example, the employee lied on an application or résumé. In this case, back and front pay would not be available past the date of discovery, although compensatory and punitive damages may still be available.

Under the EPA, the court may not award liquidated damages if the employer can prove its act or omission was in good faith, and it had reasonable grounds to believe it did not violate the law.

When a victim files a charge with an agency that enforces the applicable discrimination law(s), like the EEOC, the agency may mediate between the victim and the employer prior to trial, and it may even file suit on behalf of the victim if a prior resolution between the employer and the victim is not possible. The victim may also file a lawsuit with permission (“right to sue”) from the agency.

Cases can also be brought on behalf of a class (“class action”) of victims. Any recovery is then apportioned to each member of the class according to regulations.

Depending on the applicable law, if the EEOC determines that it will sue on behalf of the victim, some damages may be capped, while if the victim chooses to sue independently of EEOC, they may not be capped.

Damages are typically greater when there is more than one type of discriminatory behavior, and in the presence of discrimination accompanied by retaliation, lack of accommodation, and/or willful and reckless conduct. In addition, many of the large recoveries are also accompanied by claims that may be based on other legal theories. For example, often in sexual harassment situations the victim has also suffered sexual assault. In these cases, the recovery will likely include a request for damages for physical injuries in addition to other damages provided by law. Juries determining punitive damages tend to award much higher damages when the employer’s conduct is willful and egregious, and there are no mitigating circumstances for the employer. In many cases, including class actions, the parties reach a settlement before trial or during trial.

Timely presentation of the claim

A victim should not delay in filing a discrimination claim, as the filing time required for a claim to be reviewed varies under different laws and jurisdictions. For example, EEOC claims must be brought no later than 180 days from the time when the discriminatory behavior occurred, except that when the timeframe allowance to bring a claim is longer at a state level, like in Florida (365 days), the EEOC filing timeframe may extend to 300 days. If a claim is brought up too late, the victim may lose his or her opportunity for redress despite the presence of actionable discrimination. (See Processing Claims with the EEOC and Processing Claims with the FCHR.)

Whether you are an employer or employee, the Orlando employment law attorneys of Burruezo & Burruezo can assist you in assessing potential damages liability or recovery in a discrimination situation and offer legal representation, if necessary. Click here to contact an attorney now.